Join the Society of
Pediatric Psychology

Members of the Society of Pediatric Psychology are encouraged to consider becoming a candidate for fellow of Division 54. Fellow status reflects recognition by colleagues and the APA of extraordinary contributions to our discipline. Criteria for recognition as a Fellow include having a national impact on psychology, sustained contributions to pediatric psychology for more than five years, distinctive contributions to pediatric psychology that are recognized by others as excellent, and contributions whose impact extends beyond the immediate setting in which the candidate works. Areas of unusual and outstanding contributions include research, teaching, administration, professional service and practice. Additional information may be found at the APA fellow status webpage.

Completed materials need to be submitted no later than December 1 for consideration during the next cycle. Applications are reviewed by the SPP Fellows Committee, and if the review is positive, the fellows chair forwards supporting materials to the APA Membership Committee in February. The APA Membership Committee then decides whether to endorse the application and forwards it to the Board of Directors and Council of Representatives for a vote at the annual meeting.

Division 54 members who are interested in obtaining information about applying for fellow status should refer to the APA fellows page. Specifically, members need to state whether they are interested in applying for initial fellow status or as a current fellow. Members who hold fellow status in another division (current fellows) will have a different application process. Most of the application process can be completed electronically. There is a requirement for initial fellow applicants to obtain three endorsements from current Division 54 fellows. 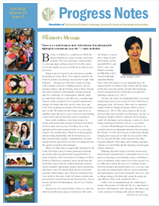